SWOT stands for Strengths, Weaknesses, Opportunities, Threats. Its a situations anlysis in which internal strengths and weaknesses of an organisation and external opportunities and threats faced by the company (BusinessDictionary.com, 2015).

The Micro environment comprises of those elements that impinge on the firm and the industry,these factors are all internal and in the company’s control and the same factors won’t affect all companies (Jobber, 2004).

It is composed of the following factors:

The infringement of workers rights and the move to using more sustainable materials and environmentally friendly has been a big area of concern. With this in mind Nike have taken the initiative to be more transparent by disclosing all the name and addresses of contract factories producing Nike products worldwide (About.Nike.com, 2015). As a result of this the company has the control on their image which also goes with the public factor which is in control of the business because it is in their hands how they are viewed by the  public.

Though Nike inc. are one of the top sporting brands worldwide, and are not really affected by suppliers as they have a high supplier base, though the move towards transparency could force some suppliers to follow the same route, which could be costly for those suppliers who could then stop supplying to Nike inc. , this would mean a delay in a shipment as a result of a supplier (Foster, 2015).

The introduction of the NikeID shows how Nike football plan to retain customers. Consumer goods are starting to get more custom and personalised due to technology enhancements in the last decade. NikeID is where customers can design their own boots from a set amount of parameters, such as different colours and materials (Store.Nike.com, 2015). To ensure that they retain their customers Nike football can look to increase parameters, to more materials, stud structure etc.

Adidas Football being Nike Footballs biggest competitor, have been the pioneering company for introducing technology into football but also most of their boot range, with the miCoach chip (Angopa, 2013). Making these boots technologically advanced and functional. Nike Football could also do the same which would give them a bigger market share as they are the bigger brand and are usually the trend setting company.

These would be factors such as regulations set by government in accordance with the needs of the country and its people.

Any company’s objective is to make as much profit for the company as possible. With this in mind economic factors influence how much profit a company makes. These can also be overlapping with legal factors.

New Technologies and materials being produced now open the market up to innovation in the boot realm, which will be exploited by companies who are more innovative and find ways to use them practically in boot designs to be stylish and functional.

BRING INSPIRATION AND
INNOVATION TO EVERY
ATHLETE* IN THE WORLD

*IF YOU HAVE A BODY, YOU ARE AN ATHLETE.

Nike are one of the leading brands in the world across most sporting platforms, and being such an organisation there are many benefits that come with being a customer.

The biggest competitor to Nike Football is Adidas Football, who have a similar approach to Nike and are leading innovators in certain areas of the sector.

The advantages of Nike football combined with the mission statement are what make Nike Football one of the worlds leading sporting brands and also make up their competitive set.

The World of Marketing 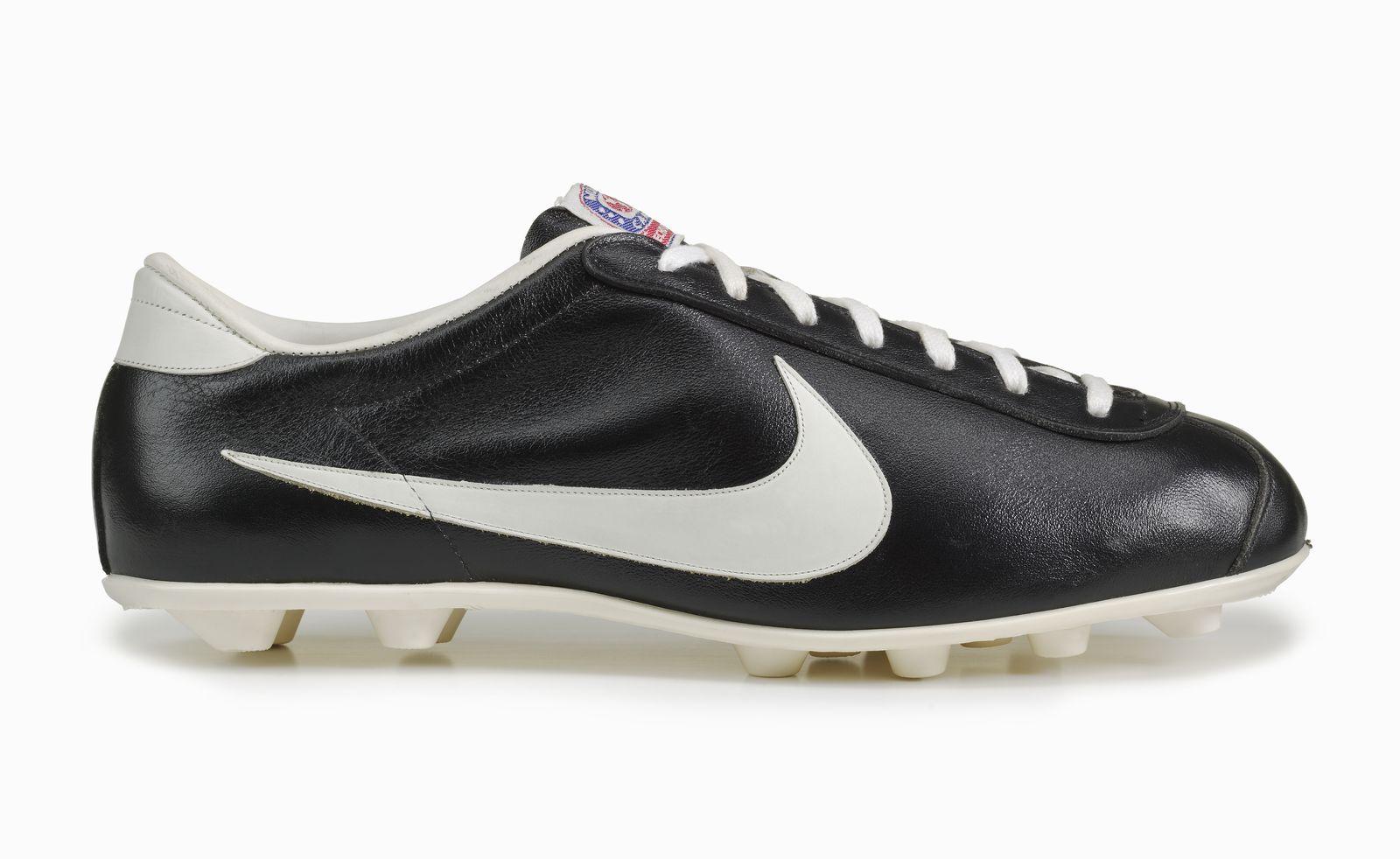